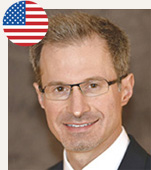 Jim Janakievski received his D.D.S. from the University of Toronto, which was followed by a general practice residency. After several years in general practice, he completed his post-graduate training at the University of Washington, where he received a certificate in Periodontology with a M.S.D. degree and a fellowship in Prosthodontics. He continues to teach as an Affiliate Assistant Professor in the Department of Periodontology and has been invited to present at national and international conferences. Dr. Janakievski is a Diplomate of the American Board of Periodontology, and a member of the American Academy of Periodontology and the American Academy of Esthetic Dentistry. He is a reviewer for several dental journals and has published in the area of interdisciplinary dentistry, dental implants and tooth autotransplantation. In addition, Dr. Janakievski participates in practice based clinical research through the McGuire Institute. He maintains a private practice in Tacoma, Washington.